It’s been a while, but I wanted to update and give the details on the birth of our son, Aidan. During an elective ultrasound at 34 weeks, we discovered that Aidan was breech. This was a huge surprise for all of us. Our surrogate Aimee had all of her four children vaginally, and dealing with a breech birth, external version, or C-section was something we hadn’t thought much about. We spoke with her doctors, and I did a ton of my own Google research, which mostly just caused panic attacks. We all talked and decided that the best option would be to plan the c-section. In the meantime, our surrogate tried spinning babies, acupuncture, and had several chiropractor appointments. I also got several photos from her with her best upside-down poses. Despite all efforts, it looked like this kid was stubbornly breech.

Two weeks before the scheduled c-section, I got a text from Aimee that she was feeling a lot of pressure and decided to go to the hospital to get checked. Her doctor had warned her to come in if she felt pressure, since this could mean that Aidan had gone further into the birth canal, which could cause issues with a breech baby. After waiting what seemed like forever, she let us know that he’d decided to flip at 37 weeks, and was now head down! She had felt some minor contractions, and was 3 cm dilated. The OB said that he could come at any time. Since she usually had fast labors and we wanted more than anything to be there, we quickly went home and packed, and the next day booked plane tickets, a rental car, and hotel accommodations in Portland.

A lot of people often asked me what my plans were for being there during the delivery. The truth is, we didn’t completely have a plan, other than waiting for “THE CALL” and then booking the first available flight. My ideal thought was to fly up a week before the due date and not miss a single moment, but with my work and my husband’s job, it didn’t look like that would be possible.

We arrived in Portland on Friday night, checked into our hotel, and made our way down to the hotel bar to celebrate what could have been our last night as a family of two. I stared at my cell phone anxiously the entire time with the ringer up extra loud just in case. That night, I slept with one eye open. My gestational surrogate and I are very close and text constantly, so every time I got a text I was grinding my teeth thinking it was time. We made it through the weekend with no baby calls, and decided to stay in Portland until her appointment on Tuesday, where we’d hopefully get more information. Unfortunately, the appointment didn’t give us any other sort of timeframe, although they decided that if he hadn’t made his grand appearance by that Saturday that they wanted to induce due to his size. He could still come at any moment. 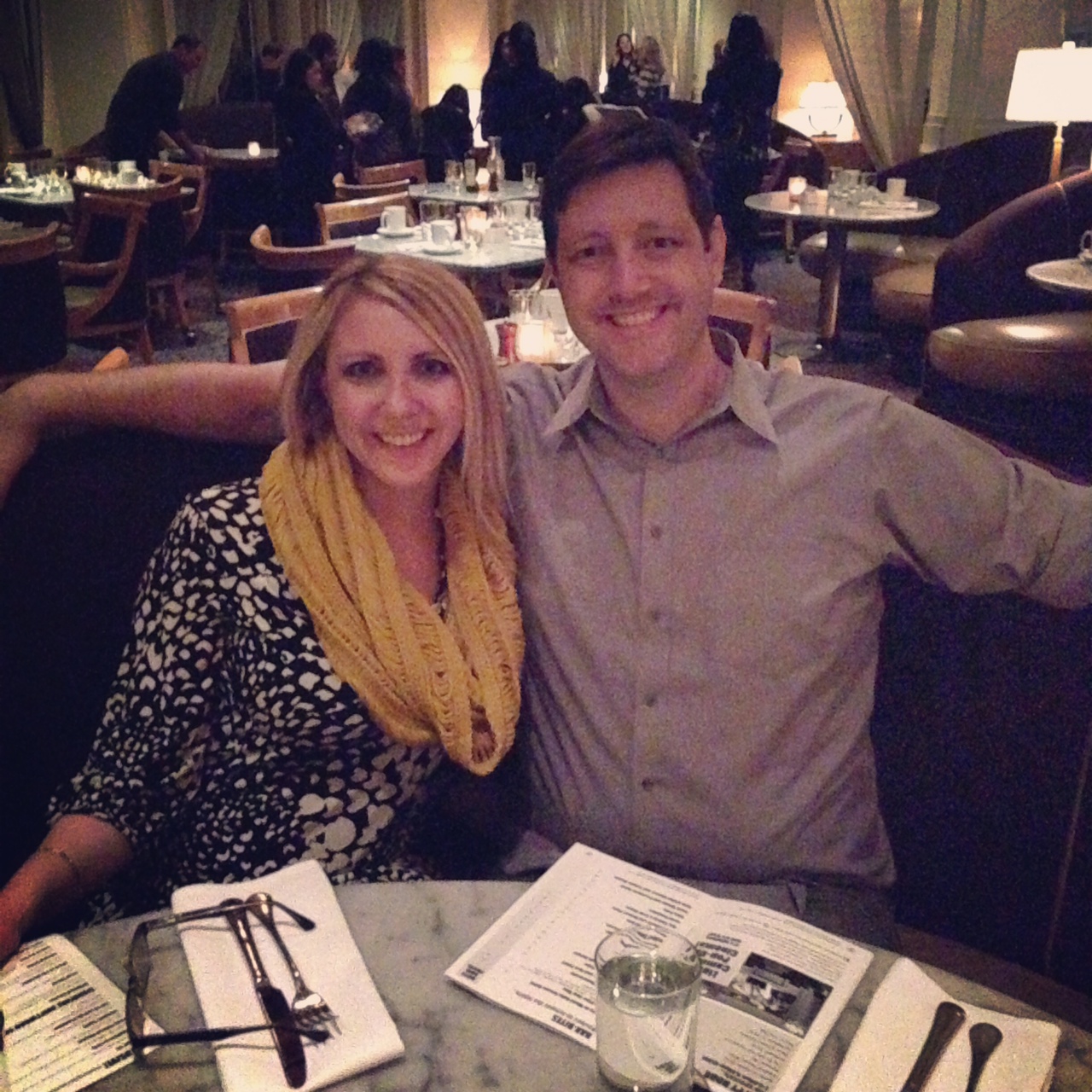 Because of this, we made the decision to stay in Portland, telecommute for work, and enjoy a nice (albeit anxiety-ridden) babymoon. There really is no better place to have a babymoon than Portland. It’s no secret that if I had my way, I’d move there in a heartbeat. We spent the weekend at the Japanese Gardens, walked downtown, ate amazing food, and did a fair share of shopping. Even though every second was spent thinking that we’d get “THE CALL,” it was wonderful being able to spend time with Otter Pop and celebrate our impending bundle of joy every moment we got. 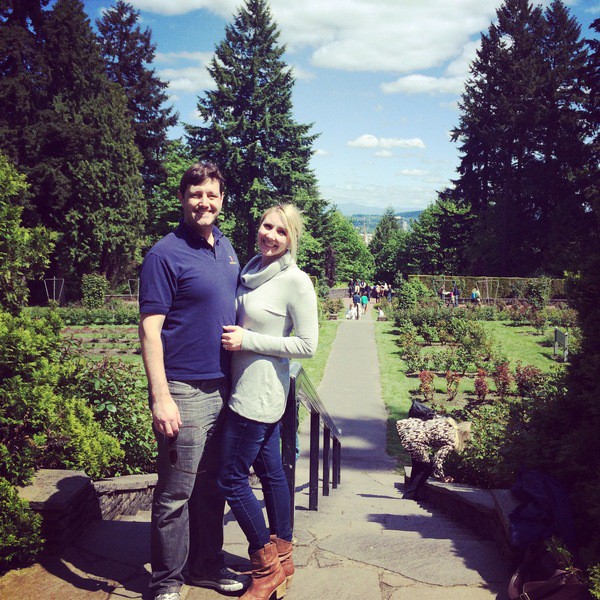 Two nights before the induction, we had dinner with Aimee and her family. I’m sure I’ve sang her praises a lot before (although it will never be enough), but I might not have mentioned how amazing her family is. She has 4 great boys and a hilarious husband, who is about as immature as I am. We had the best time catching salamanders with the boys in the backyard, talking on the porch, and spending time with them. They are truly wonderful, giving people, that I am thankful for every day. It was so lovely to have that opportunity before Baby Sea Otter’s birth to spend time with them. 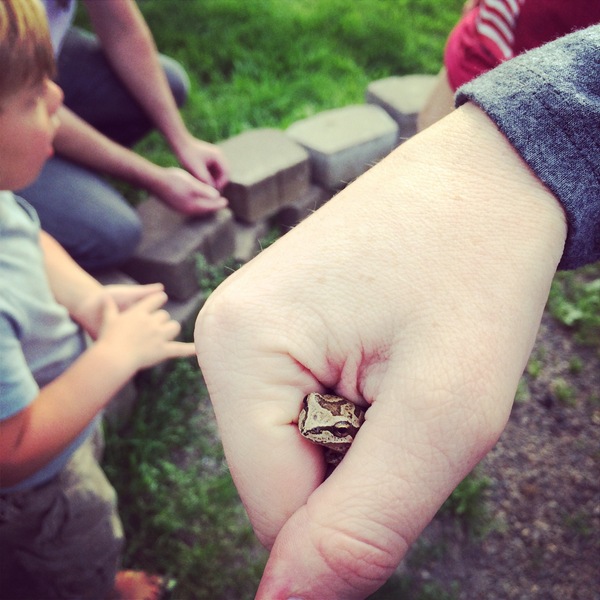 After an amazing and long week, Saturday finally came. We all met at the hospital and walked upstairs together to start the induction. We spent a lot of time in the beginning laughing and hanging out with members of both their family and mine. It was heartwarming to see how much support she had through this entire process. To ease the anxiousness, we passed the time texting each other silly internet pictures and trying not to disturb Aimee, who decided that she wanted to have a med-free birth. I asked her before the process started what I could do, and she let me know that she’d get to a point where she didn’t want anyone to talk to her, which I completely respected and became incredibly protective of her when people came in the room.

I don’t even have the words to describe the birth of our son. Every time I’ve tried to write this, it sounds incredibly contrived and corny, but here is my best attempt. I knew that Aimee was in hard labor because she had stopped focusing on Treehouse Masters and looked completely zen with her eyes closed. She had one great nurse who would check on her and was quiet and gentle with her. The nurse said she’d turn the pitocin down a bit since the contractions were so close, but not hard enough to cause her to dilate more. The last check I remember she was 7 cm. A photographer friend of Aimee’s had come, and was documenting everything for us to treasure later. At one point Aimee looked like she was in pain and asked if I’d fan her, which I was happy to do. Here’s a tip: bring something good to fan someone with. A People magazine will not cut it. It was flimsy and I felt like I was doing a terrible job. Once she had cooled down a bit, I sat back down with Mr. Bee and Aimee’s husband.

It was very tense in the room, and I was incredibly anxious. At one point, I saw Aimee pick up the call button and just knew that this was it. A team of doctors came in the room to help Aimee start pushing. I was literally so scared that I sat helplessly on the couch until her husband told me to watch my baby being born. I sat on a stool watching everything happen, and asked Mr. Bee to come over and watch with me.

At the time it felt incredibly intrusive, but I know that I had everyone’s blessing, and in the aftermath, I wouldn’t have wanted to miss it for anyything. I knew that Aimee was in pain and I wanted to do anything I could to stop her from hurting. I know that sometimes partners say that they can’t bear to see their spouse in pain during the labor process, and I felt the same way times 100 for having someone in pain who was giving us such a blessing. Pushing seemed to go by so quickly, and in the one second that our son was born, I completely lost it. The longing, pain, fears, waiting, and finally entrance of Aidan pushed me over the edge, and I broke down crying hysterically. Mr. Bee held me in his arms. I didn’t know what to do until Aimee’s husband yelled at me to come get my baby. I collapsed on him and Aimee, and just remember saying, “thank you, thank you,” over and over. I would have stayed there crying all over her if the nurse hadn’t told me to sit down so she could bring him over to me.

I had bought a cheap Target sweatshirt the day before so I could do skin to skin contact. The nurse brought him over and I couldn’t believe how beautiful he was. I held him and wept. I am an ugly crier, and I apologize to Aidan in advance for his first moments being branded with the images of my ugly cry face. I held him and everyone came over to meet him. I barely even remember what happened after that, except that I finally had my son, and for the first time, everything in my life felt right. I can’t describe the joy of holding him, I can’t describe the incredible gratefulness I feel for the family and woman who helped bring him home to us, so instead, I’ll have to just say that it was the best day of my entire life. 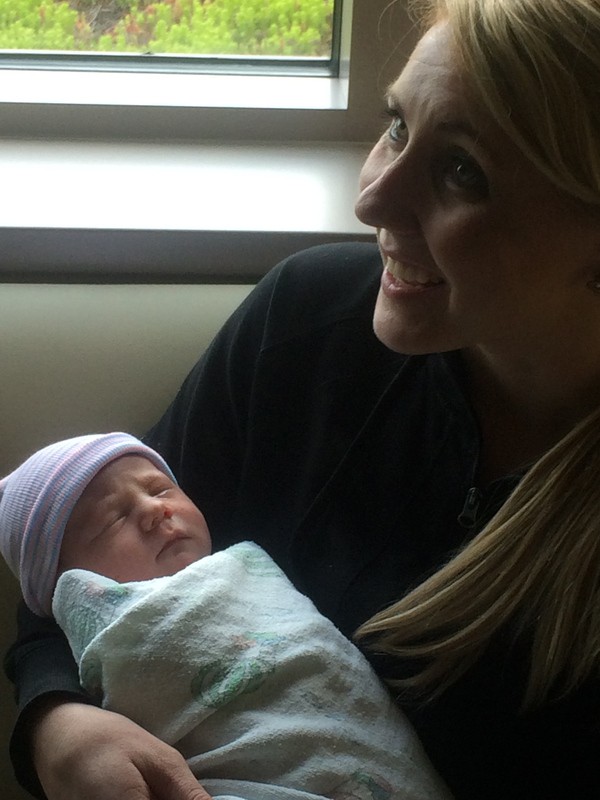 Meeting him for the first time 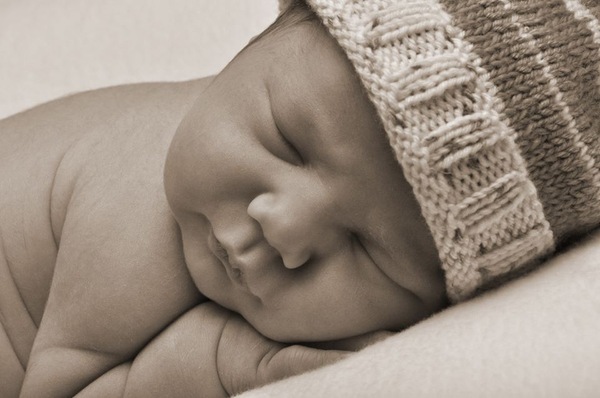 Without any more waiting, meet Aidan.